HomeGiving kids a camera – and a voice 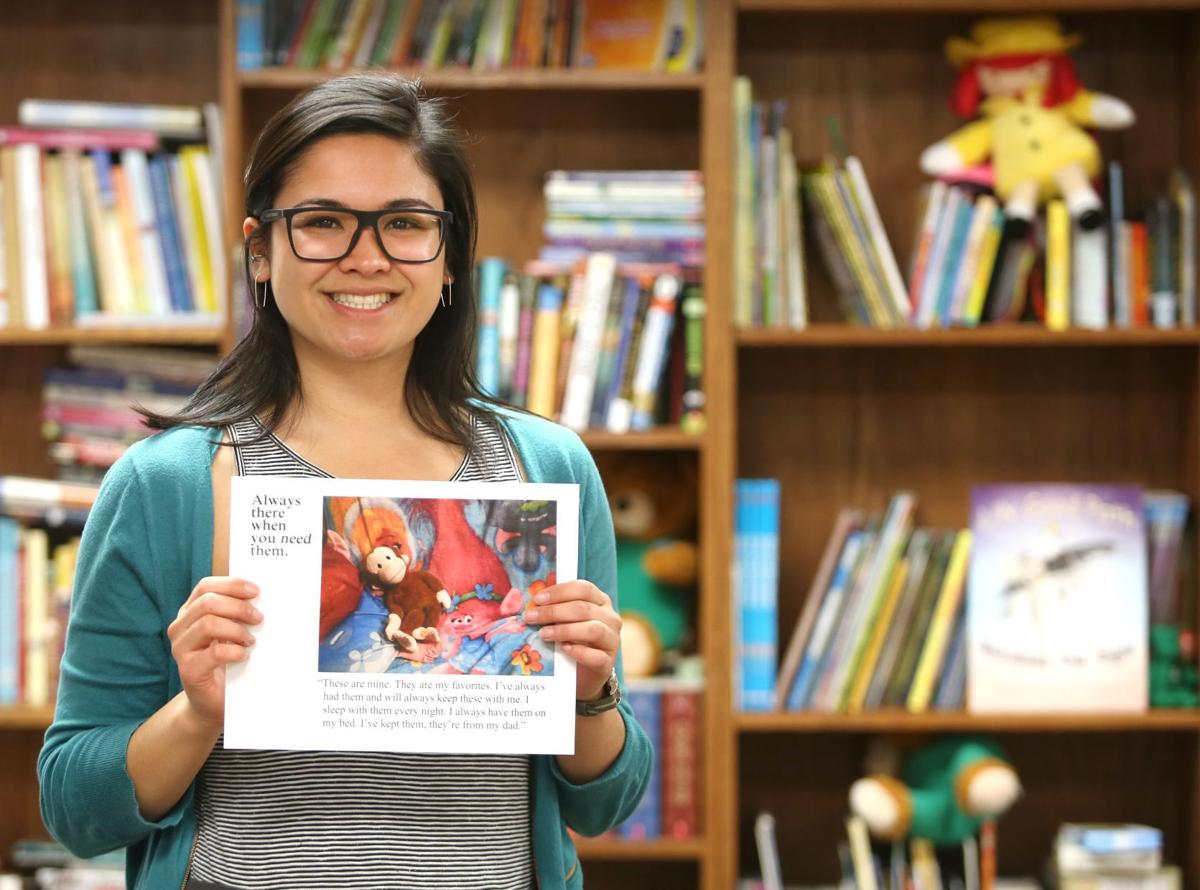 Put a camera in a child’s hand, Shannen Keene figures, and the young photographer can tell his or her own story in a compelling, even poignant way.

And if that child has experienced abuse or neglect at home, the story that’s told becomes one that might move viewers to action.

That’s the thinking behind Photovoice, an exhibit on display from 6 to 8 p.m. on April 12 at Yellowstone Art Museum, 401 N. 27th St. A reception and a talk will be a part of the event.

As a way to commemorate Child Abuse Prevention Month, CASA of Yellowstone County invited 11 children to take a photo of an item or two that is important to them, then write about their significance. Their work became the Photovoice exhibit.

Keene, an AmeriCorps VISTA member who has worked at CASA of Yellowstone County for about nine months, said that even the most ordinary item photographed and described by a child who has been through a difficult time at home can be significant.

“This may be just a wind chime,” wrote one 6-year-old, “but it helps everybody sleep.”

“That just made me think, ‘This is a 6-year-old,’” she said. “I appreciated all their work, because they were all unique.”

“Shannen has dug into how to recruit more Native American volunteers,” McCave said. “She has done amazing work with Native American leaders in the community and with folks running social services.”

The upcoming exhibit “provides kids in care the opportunity to display their talents and their perspective,” McCave said. “We talk about the kids a lot, but they don’t talk about themselves very much. I think it’ll be cool for these kids to be in the spotlight.”

Keene said she hopes the exhibit “will lead to a bigger discussion on child welfare in Yellowstone County. Maybe community members will question how they can help and will be inspired by these kids’ stories.”

“If these images inspire you,” she added, “you know CASA is here and that it’s all about the kids.”